Project #KickOnPills - Football has a problem with painkillers

Take Dani Schahin, 30 years old, for instance. He learned his skills at Hamburg SV, signed contracts with third and second division clubs and went on to play for three more teams overseas. "If you are dependent on playing, then it is simply not realistic to continue without painkillers", Schahin said. "So for the last three, four years, nothing was possible without painkillers."

The man, who became famous as Fortuna Duesseldorf’s striker and ended his career last summer, said he took pills "as a precaution". He explained how this allowed him to "start the game freely, without worrying that my knee would start hurting in the 15th or 20th minute."

Take also Jonas Hummels, brother of BVB-defender Mats Hummels. He played with Spvgg Unterhaching until 2016, and – now 29 years old – appears on television regularly as an expert. "You can tell me nine times, you're taking too many painkillers, stop it – I will ignore you nine times", Hummels admitted.

One time, when regular pills did not help his pain anymore, he received four injections of anesthetics directly into his knee just moments before kick-off.

Painkillers in football are consumed regularly and in high dosages, both before games and sometimes also before training sessions. Numerous players, from the highest to the lowest levels, told reporters from ARD and Correctiv about these practices. Bundesliga pro Neven Subotic, who played with Borussia Dortmund for a long time and who is now with Union Berlin, said: "From what I've noticed over the last 14 years, Ibuprofen is handed out like Smarties."

Tim Göhlert, 35, is now a general practitioner. When he was still playing for second division club 1. FC Heidenheim, he had already finished studying medicine. “Over my entire career, I would probably say that I’ve taken too many painkillers,” he reflected.

Jochen Kientz, 47, now Sports Director for third division club Waldhof Mannheim, speaks similarly. “I definitely overdid it”, said Kientz, who during his career played in Spain and in Germany with Hamburger SV, 1860 München and Hansa Rostock. “It’s depleting your own body, and you then drag it along for years afterwards.”

The research clearly shows that football has a problem with painkillers. ARD and Correctiv talked to more than 100 figures involved in the professional game. Excessive consumption of painkillers can cause harm to the heart, the kidneys, or the stomach. They can also protract the healing process of injuries for so long, they run the risk of becoming chronic.

Team doctors from within the pro ranks share concerns. Konstantinos Cafaltzis treats players at the third division club Waldhof Mannheim. “I've seen players come here and say, Hey Doc, I need an ibu, I'm in pain,” he said. “And we are very restrictive in that field, we don't just dish out painkillers for nothing.”

“You have to try to get him off it”

Thomas Frölich is the team doctor at TSG Hoffenheim after previously working with VfB Stuttgart. He has decades of experience from his work within professional football. If players ask him for painkillers, he does not give in easily. "And then, of course, the first question, because I don't know, is: Why? What’s wrong? Why do you need it?" he said. "If he then answers: ‘I've always taken it’, you have to try to get him off it."

But it is often not the team doctors who have the final word over getting a player fit for the next game. This is evident from an expert conference of the German Football Association in Frankfurt-am-Main. In January 2020, medical staff from within professional football met there for educational training. One of the lecturers from the professional association reported on a survey that coaches and team doctors had taken part in. The results were clear.

"A passing on of pressure"

The event was not public, but Correctiv and ARD received an audio recording from an informant. The lecturer of the professional association reported on the so-called "return-to-competition"-standards, which define when a player should return from injury. Most clubs have agreed on adhering to those standards. But apparently, the reality is often different.

The most frequent violation of these standards given by team doctors were that players and coaches tried to "shorten the process". Medical advice from doctors could even be ignored. The lecturer claimed that "coaches sometimes laugh", at standards and say: "I don’t care. I want him back two months earlier than that."

Players can either want to or be expected to get back on the pitch earlier than recommended by their club’s medical experts. Coaches can ignore their team doctor’s medical advice. These are not isolated cases. Football pro Neven Subotic speaks out about a system, that is "simply a passing on of pressure down to the next level. […] And in the end: The one who has the most pressure is the one who has the most to lose." Subotic himself claims to stay away from painkillers completely, except in extraordinary circumstances.

Almost 42 percent of participants want to influence their performance

That cannot be said about all pros – and also not about all amateurs. In a nationwide survey, ARD and Correctiv have received answers from 1,142 footballers. The results of the non-representative study: 47 percent of the participants are taking painkillers multiple times per season, 21 percent are taking them multiple times per month or even more regularly. The reasons given go far beyond the simple relieving of pain. Almost 42 percent of participants want to influence their performance by taking pain relieving medication. They claim to want to increase resilience, feel more secure and get a clear head. Some of them bluntly admit a desire to enhance their performance.

In Hoffenheim, longstanding Bundesliga doctor Thomas Frölich has a clear view on the use of painkillers. "We in high performance sports of course say that doping is only what is on the list," he argued. "But doping is in reality basically defined in such a way that every unnatural enhancement of performance, i.e. outside of training or normal nutrition, is considered doping."

"You earn money playing football at the weekend"

Former professional Tim Göhlert, now a general practitioner, is similarly blunt. "The bottom line is that you earn money playing football at the weekend, especially as a professional. A painkiller can help you to train more often during the week, to train even better and to train with less pain." Which means that the pills help players to perform on their desired level.

The World Anti-Doping-Agency, WADA, defines three criteria in its Anti-Doping-Code. A substance should be added to the prohibited list

...if it helps to "enhances sport performance"

...if a drug "represents a health risk"

...or if taking it "violates the spirit of sport"

If a drug meets two of these three criteria, it should be deemed as a banned substance in sport, according to WADA. For painkillers, however, that is not the case, according to WADA’s science director Olivier Rabin. "There is a general opinion that painkillers are not performance-enhancing," he said. "They can restore performance but are not necessarily performance-enhancing. If you look at the risk for health, I mean those substances are being widely used in our societies. And if they are used according to the manufacturers’ recommendations for the dose and the frequency, they are not considered to be risky substances."

"Public raising of awareness would make a lot of sense."

Anti-Doping researcher Hans Geyer from Cologne disagrees with WADA’s view – for him, the abuse of painkillers in sport is doping. He believes conditions for performance enhancement "are definitely fulfilled".

"If you take painkillers, you can perform better than you otherwise would, and painkillers can have serious side effects," Geyer said. In his understanding of sport, the abuse of painkillers also contradicts the ethics of sport, the scientist added. "If you can only do sports after taking painkillers or medication, then that is very strange."

Neven Subotic, meanwhile, demands that there be more education, irrespective of whether or not painkillers should be banned in sports. "As far as I know, not much educational work is being done by the clubs, because they are under pressure to get the player fit as quickly as possible." Jonas Hummels agrees, adding "that such a public raising of awareness would make a lot of sense."

Fritz Keller, President of the German Football Association DFB, also echoed most of these statements. Being presented the results of the survey among 1,142 footballers, he claimed to be "shocked" – and promises a change in approach. "We absolutely have to go to our state associations and simply raise awareness through football teachers and coaches," he pledged. Amateur football, he said, is intended to "keep yourself fit and not to ruin your health".

This article is part of a collaborative research by ARD and non-profit investigative journalism newsroom CORRECTIV. The whole project can be found on www.kickonpills.com 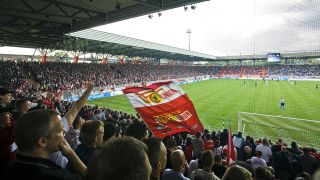 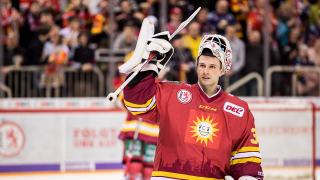 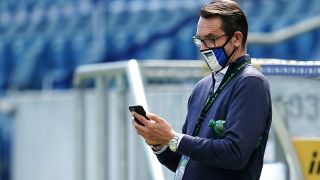